The index now contains high-quality time series on 65 bird taxa monitored at over 17,000 sites! The time series are as short as 2 years, with some of them as long as 55 years – this is data from over 400,000 surveys! Last year’s index was based on 59 threatened and near-threatened birds and just over 10,000 sites.

The Threatened Species Index Team thanks all data custodians who continued to monitor the birds we love – no matter the endless hours travelled or the enormous time commitments! 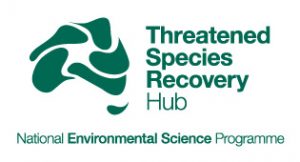